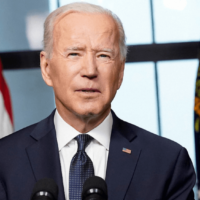 President Joe Biden said he doesn’t plan to extend the August 31 deadline for all U.S. military personnel to be evacuated from Afghanistan. Biden made the announcement on Tuesday during remarks in the Roosevelt Room of the White House, saying there are contingency plans to continue the evacuations after Aug. 31 if the Taliban allow it. Biden said: “We are determined to complete this mission. Another 19 U.S. military flights, 18 C-17s and one C-130 carrying approximately 6,400 evacuees, and 31 coalition flights carrying 5,600 people have left Kabul just in the last 12 hours — a total of 50 more flights, 12,000 more people since I’ve updated you this morning.”   Western allies have been pushing Biden to extend the deadline for all U.S. military personnel to leave the country, and Biden had previously expressed a willingness to do so. However in his remarks on Tuesday, Biden cited safety for U.S. troops as a reason for leaving by the existing Aug. 31 deadline.

Meanwhile, the Taliban announced Tuesday that it opposes the extension of the evacuation deadline, and has also banned Afghan nationals from leaving on the flights. Taliban spokesman Zabihullah Mujahid told reporters: “We are not in favor of allowing Afghans to leave. The Americans “have the opportunity, they have all the resources, they can take all the people that belong to them but we are not going to allow Afghans to leave and we will not extend the deadline.”

Tuesday’s virtual summit G7 meeting came after Biden was criticized internationally at how he handled the Afghanistan withdrawal. The Taliban militant group swiftly took over control of the country this month and the U.S. government has been working to airlift the remaining citizens and Afghan aides out of Afghanistan.