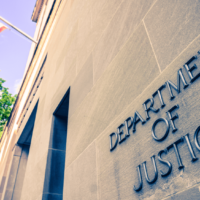 The Justice Department vowed Monday to protect the safety of women seeking access to reproductive health care in Texas. In a statement, Attorney General Merrick Garland said he will tap “support from federal law enforcement” if an “abortion clinic or reproductive health center is under attack” and said the DOJ will explore “all options” to challenge the state’s strict new abortion law.

Garland, citing authority under the 1994 Freedom of Access to Clinic Entrances Act — or FACE Act — said the federal government will not tolerate any “threat of force and physical obstruction that injures, intimidates, or interferes with a person seeking to obtain or provide reproductive health services.” Garland added that the Justice Department will “protect the constitutional rights of women and other persons, including access to an abortion” as the Biden administration seeks to challenge the Texas law, known as Senate Bill 8.

Signed by Texas Gov. Greg Abbott in May, ‘SB8’ outlaws abortions when a heartbeat is detectable, which is about six weeks into a pregnancy. It will deny the procedure to about 85% of patients who seek it in the state. The ban is enforced by members of the public who are able to sue anyone who provides or is involved in aiding and performing abortions barred by SB8, including anyone who drives a patient to the procedure. On Wednesday, the Supreme Court voted against an emergency petition from abortion providers and advocates to block the law.