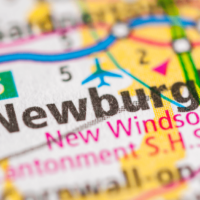 A woman was charged with murder in Newburgh, New York after authorities alleged that she starved her boyfriend’s 7-year-old son to death this year. Leticia Bravo, 39, became the primary caretaker for the boy, Peter Cuacuas, in September 2020 after the school year began. Newburgh Police Commissioner Jose A. Gomerez said the child stayed at her home every day until Saturdays, when he want to his father’s apartment. In January of this year, Peter stopped logging into virtual school, and on Feb. 10 he was taken to St. Luke’s Hospital, where he was pronounced dead.

Police Commissioner Gomerez said: “An autopsy conducted by the Orange County medical examiner concluded that Peter — who weighed just 37 pounds — had died of malnutrition. It is alleged that Bravo left Peter locked and secluded in a bedroom behind doors, locked from the outside since January 2021.”  Bravo is believed to be Peter’s mother, but authorities were unable to confirm that information. She was arrested and charged with second-degree murder, first-degree manslaughter and second-degree manslaughter. Authorities said that bail was set at $250,000 cash, but it would be reduced with secured bond; she faces 25 years to life in prison on the top charge of second-degree murder.

Peter’s father, Arturo Cuacuas, was charged with criminally negligent homicide. Orange County District Attorney David Hoovler said Cuacuas was charged because although he had the child only one day a week, he “should have known” the conditions his son was in.”