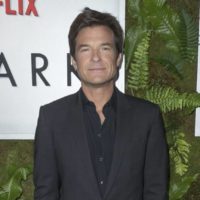 Netflix shared a teaser and first-look photos for Season 4 of Ozark. The teaser features moments from the show in reverse, as Marty Byrde (Jason Bateman) reflects on the “snowball effect” of ones actions.  He says in the trailer: “Human beings make decisions, they commit acts and that makes things happen. It creates a snowball effect — cause other people to make decisions. The cycle continues and the snowball keeps rolling.”

The first-look photos ask viewers to “look closely” at the images, which include a shot of Marty (Bateman) kneeling before a person with a gun. Ozark also stars Laura Linney, Sofia Hublitz, Skylar Gaertner and Julia Garner. The series follows Marty and his family as they relocate to the Lake of the Ozarks region of Missouri after a money laundering scheme gone wrong.

Ozark will return for its fourth and final season in 2022.  Season 4 will be split into two parts, with Season 4, Part 1 set for release Jan. 21.