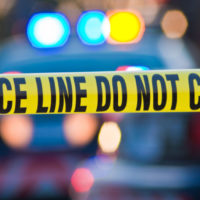 Indiana Rep. Jackie Walorski died Wednesday in a car crash in her home district, her office announced. She was 58.  The Elkhart County Sheriff’s Office said that Walorski was riding in an SUV with Emma Thomson, 28, a member of her staff, and Zach Potts, 27, chairman of the St. Joseph County Republican Party when another vehicle struck them head-on. Thomson, Potts and the driver of the other vehicle, Edith Schmucker, 56, also died of their injuries.

Walorski’s office confirmed the news in a post on her Twitter account: “Dean Swihart, Jackie’s husband, was just informed by the Elkhart County Sheriff’s office that Jackie was killed in a car accident this afternoon. She has returned home to be with her Lord and Savior, Jesus Christ. Please keep her family in your thoughts and prayers.”

President Joe Biden ordered flags to be flown at half-staff Wednesday and Thursday. Biden said: “We may have represented different parties and disagreed on many issues, but she was respected by members of both parties for her work on the House Ways and Means Committee on which she served. We send our deepest condolences to her husband, Dean, to the families of her staff members, Zachery Potts and Emma Thomson, who lost their lives in public service, and to the people of Indiana’s Second District who lost a representative who was one of their own.”

Walorski represented Indiana in Congress since 2013. Before being elected to U.S. Congress in 2012, she served as a member of the Indiana House of Representatives from 2005 to 2010. In the U.S. House, she was the ranking member of the House ethics committee and held positions on the ways and means, armed services, budget, Veterans Affairs, and coronavirus crisis committees. She belonged to the Veterinary Medicine, U.S.-Japan and Republican Study caucuses.

Walorski is survived by her husband, Dean Swihart.