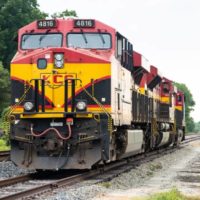 After days of negotiations, President Biden announced Thursday that a deal was reached to avert a national rail strike.  In a statement, Mr. Biden said the entative agreement between the railroads and rail workers’ unions was “an important win for our economy and the American people… and a win for tens of thousands of rail workers who worked tirelessly through the pandemic to ensure that America’s families and communities got deliveries of what have kept us going during these difficult years.”

Mr. Biden said that thanks to the agreement, U.S. rail workers would “get better pay, improved working conditions, and peace of mind around their health care costs: all hard-earned.”  Biden added that the deal was “also a victory for railway companies who will be able to retain and recruit more workers for an industry that will continue to be part of the backbone of the American economy for decades to come.”

The president met with negotiators in the Oval Office later Thursday before delivering formal remarks on the agreement. During his speech at the White House Rose Garden, Biden said “this agreement is a big win for America and for both, in my view, validation of what I’ve always believed: Union and management can work together.  To the American people, this agreement can avert the significant damage that any shutdown would have brought. Our nation’s rail system is the backbone of our supply chain, everything you rely on.”

According to the agreement, rail workers will get an immediate 14% raise, with a total raise of 24% over the course of the five-year deal, the unions said. They will also get annual bonuses of $5,000 and keep their health care copays and deductibles unchanged. All workers will get an extra paid day off and have the ability to take time off for medical reasons, one of the key demands the unions made over the course of negotiations. The deal will now go to the unions for a vote to finalize the agreement.